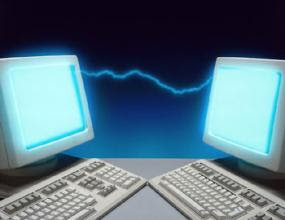 Only a few decades ago, having cinema-level films in your household was a laughable idea. Now, it is very easily possible with a relatively little investment. A few thousand dollars could get you a respectable quality 5.1 surround sound system, a 51-inch lcd screen TV and a blu-ray player. However, what if you want to take home theater to the next level? That’s where 1080p projectors come into play.

A 1080p projector is a projector display at the best possible resolution. In computer monitor terms, that’s a resolution of 1920 by 1080p television resolution. The “p” is for progressive, which means the image isn’t interlaced. Traditional tube TV’s have an interlaced image and you can see how horrible it looks whenever you sit close to it. Progressive images are extremely sharp, within each individual pixel being rendered the way it should be. An HD projector produces the best image money can buy period. In other words; it’s a film quality display.

A projector works by projecting an image onto a white background. There are many types of 1080p projectors, such a CRT, LCD, DLP, or LED. CRT projectors have fallen out of favour due to their overall size, and LCD HD projectors provides the best balance between size, price and quality. Recent advances in the technology have reduced the common “screen-door” look, where you can see lines on the screen. LED is still a new image technology which commands a hefty price, and DLP 1080p projectors are swiftly becoming very common for its quality.

1080p projectors are the closest the common consumer can get to a home cinema. Since a TV’s price grows exponentially with size, a projector negates that by producing a massive image. The 1080p projectors price tag grows with the quality of the projector though, instead of size.

See also  What A Plumbing Camera Can Do

It’s really important that the source image is in 1080p too, when displayed with the projector. While a 720p signal can be upscaled to 1080p, it won’t look as good as a 1080p film on your new HD projector. You will want to buy a blu-ray player if you want to watch DVD-based movies on HD projectors. All Blu-ray films are 1080p as standard. A usual DVD only produces a 480i/p image, by contrast. Some TV channels do broadcast in 1080p as well, and online services such as Netflix stream shows at 1080p, but you will need very fast internet line to accommodate those levels of data.

Other things to think of when looking at 1080p projectors is the contrast ratio and lumens rating. Contrast is the difference between black and colours, so a higher contrast ratio produces a more vivid image. The lumens rating is pivotal for how large the image you want to project is. 1500 – 2500 lumens is required for a little image, while over 4000 lumens is needed for a big, cinema-esque screen.

Searching through HD projectors with intent to purchase can be a confusing experience, especially when taking into consideration lumens and contrast ratios. Speak to your local A/V specialist about what is most suitable for your needs, and always shop around online for the best price. Checking reviews on the internet is a must when researching 1080p projectors.