Generators used to be large and noisy machines. They had to work outside because of noise and emissions. Today’s generators are smaller and quieter. These versatile generators are capable of use inside and out. Many generators have also moved away from using fossil fuels for energy. Instead, they use alternative sources such as solar energy. These generators are more versatile than the ones of the past. The generators are also better for the environment since they are no longer dependent on fossil fuels. One common problem of solar power generators is they cannot sustain power to large electronics like a refrigerator. There are some newer generators that try to solve this problem. 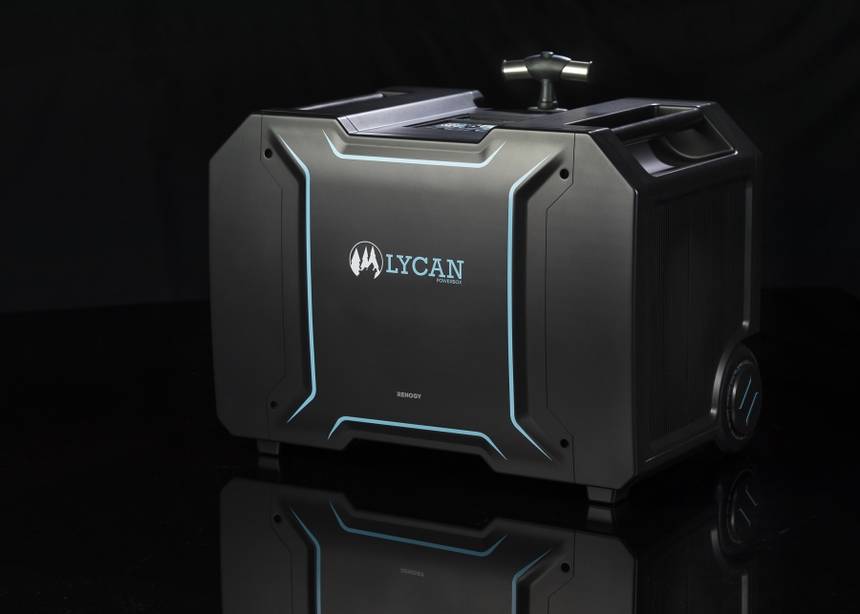 Since the powerbox relies upon the sun, or an electrical source for its energy it runs quietly. It does not give any fumes like some other generators that use fossil fuels. It is a small generator weighing only 55 lbs. It is small enough to store in places like a closet, or under the bed. Some other features included in the power box are a pull bar handle and multi-terrain wheels. It has an easy to read LCD light which tells you exactly how much battery capacity the box has left. The box is also waterproof. The box can withstand sitting out in the rain or rolling through a puddle.

The power box has a variety of ports to plug in and charge a variety of devices. The generator comes with three11OV AC outlets, two 12V DC outputs, four USB ports and a car charger. The many ports allow many electronic uses at the same time. As a general guide to how well the generator powers devices it can run a refrigerator for 88 hours, a 12OV 9-watt light bulb for 33 hours, and a radio for 24 hours. The power box can charge a smartphone in 120 charges, and a digital camera in 25 charges. The internal battery output is on the higher end for solar generators at 900W per hour.

The durable design of the power box makes it great for outdoor use. The powerbox would be a good use for those going camping, tailgating, or survival outings. For outside DIY projects or remote worksites, the generator can power tools. Inside it would make a good backup generator for emergencies or natural disasters.